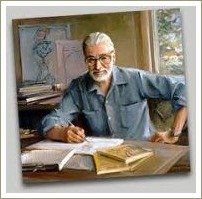 Welcome to my page of fun Dr Seuss facts!

I became interested in Dr Seuss when I started reading the books to my children 20+ years ago now. He was a fascinating character and I've loved reading and writing about him.

1. Dr Seuss’s real name was Theodor Seuss Geisel but his friends and family called him ‘Ted’.

2. Theodor Seuss Geisel was born on 2 March 1904 in Springfield, Massachusetts and died of throat cancer on 24 September 1991 in San Diego, California.

3. Ted married twice but never had any children.

When people commented about this, he used to say ’You have ‘em; I’ll entertain ‘em.’

4. Ted’s parents were called Theodor Robert Geisel and Henrietta (Seuss) Geisel. His father managed a brewery in Springfield and was the son of German immigrants. Ted had one sister called Marnie.

5. While he was at college, Ted wrote for a college magazine called the Jack-O-Lantern. He was forced to resign after he and some friends were caught drinking gin in his room, violating the Prohibition laws of the 1920s. Ted continued writing for the magazine but started signing his work with the pen-name ‘Seuss’, his mother’s maiden name and his own middle name.

6. Ted worked as a cartoonist and then in advertising in the 1930s and 1940s but started contributing weekly political cartoons to a magazine called PM as the war approached. 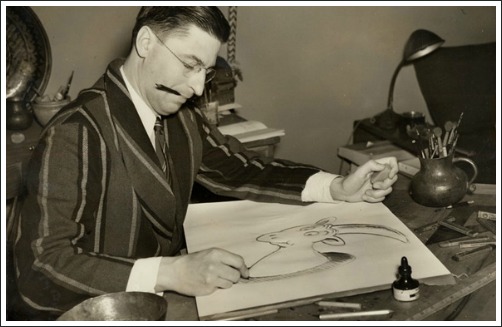 7. The first book that was both written and illustrated by Theodor Seuss Geisel was And to Think That I Saw It on Mulberry Street. The book was rejected 27 times before being published in 1937.

8. The Cat in the Hat was written as a result of a 1954 report published in Life magazine about illiteracy among school children. A text-book editor at a publishing company was concerned about the report and commissioned Ted to write a book which would appeal to children learning to read, using only 250 words given to him by the editor.

9. Ted was fascinated by research into how babies develop in the womb and whether they can hear and respond to the voices of their parents.He was delighted to find that The Cat in the Hat had been chosen by researchers to be read by parents to their babies while the babies were still in the womb.

10. Writing as Dr Seuss, Theodor Seuss Geisel wrote and illustrated 44 children's books. These books have been translated into more than 15 languages and have sold over 200 million copies around the world.