You are here:  home / Enid Blyton

Enid Blyton was one of my favourite authors when I was a kid but I knew next to nothing about her until I started doing some research for this section of Best Books for Kids. 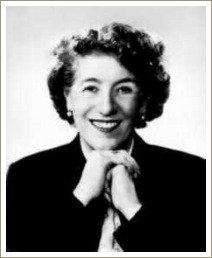 I've always loved reading biographies of people who've lead interesting lives and I found Barbara Stoney's biography of Enid really fascinating. Over the years, quite a few books have been written about Enid Blyton and the books she wrote for children but, as far as I know, Stoney's book is the only one that's still in print.

Most of the information about Enid Blyton on this page comes from Stoney's biography. It's worth hunting down this book if you'd like to read about Enid's life in more detail.

A Short Biography of Enid Blyton

Enid Mary Blyton was born on 11 August 1897 her home at 354 Lordship Lane in East Dulwich, South London.  At the time of Enid's birth her father, Thomas Blyton, was a cutlery salesman, although he later went into business for himself. Her mother, Theresa, was a full-time wife and mother.

Enid would later write that her mother's life revolved around housework. This probably seems like a strange thing to include in a page about Enid's life but it was to prove quite important because Enid, as she grew up, had very different interests from her mother. She was not at all keen on housework and this was to cause problems between mother and daughter.

The Blyton family moved to Beckenham in Kent when Enid was a baby and she and her two younger brothers, Hanley and Carey, spent their childhood there.

Enid was very close to her father and together they enjoyed walks in the country, gardening, the theatre, art, music and literature. Her mother didn't share these interests and disapproved of her husband and daughter's activities, mostly because she wanted Enid to help in the house.

In fact, Enid and her mother had nothing in common and their relationship was difficult, to say the least. It became even more difficult after Theresa and Thomas separated when Enid was not quite thirteen. Enid seems to have seen her father's departure from the family home as a personal betrayal and her mother's approach to the situation didn't help.

Because separation and divorce were scandalous in England in 1910, Theresa never admitted to the break-up but told people that her husband was 'away on business'. She forced her daughters to keep up this pretense until their father's death in 1920, even though they knew that Thomas was living with his mistress, Florence, with whom he had another family.

Enid visited her father at his office in London several times but their relationship was never as close as it had been.

When she was young, Enid went to a small school near her home called 'Tresco'. The school was run by two sisters and Enid enjoyed her time there. She had a good memory, was a bright student and did well at most subjects, especially art, nature study and English. 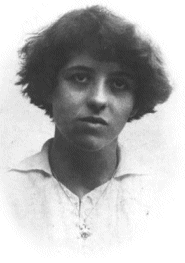 In those pre-TV days, Enid and her brothers and friends played the games that all children liked to play. They pretended to be Red Indians, Burglars and Policemen and built cubby houses outdoors. Enid also enjoyed card games and board games like Snakes and Ladders, Draughts and Chess. And, of course, she loved reading. She read books like Black Beauty and Little Women but loved myths, legends and poetry too.

When she was ten, Enid started at a school in Beckenham called St Christopher's. The school accepted boarders but Enid attended as a day-girl. An intelligent girl who was fun to be with, she was popular and enjoyed school life.

Enid also had a talent for music and played the piano from a young age. She preferred writing though and, as a teenager, spent less and less time on her music as she devoted more time to her writing.

Enid had always written and knew from an early age that she wanted to be a writer but it was when her father left that she really began to write in earnest. Lonely without him and unhappy in her relationship with her mother, Enid retreated to her bedroom and spent every spare minute writing.

She sent many stories off to publishers and received many rejection slips. Of course, her mother actively discouraged her writing but her schoolfriend, Mary, had an aunt, Mabel Attenborough, who became a good friend and encouraged Enid in her writing.

In 1916 Enid started to train as a teacher with the idea that this would help her understand the people for whom she wanted to write. She then taught for a year at a boys' school in Kent before going to work in Surrey as a governess for four boys. At about this time, she broke of all contact with her mother after their relationship deteriorated even further.

In the 1920s, Enid started to have some success with her writing. Several stories, poems and articles were published in various periodicals and she was commissioned by one publisher to write a children's book about London Zoo. 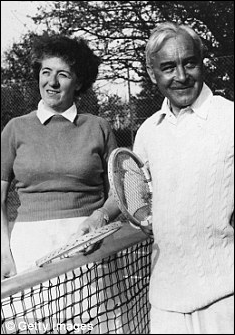 Enid Blyton and her second husband, Kenneth Darrell-Waters in 1949

On 28 August 1924, Enid married Hugh Alexander Pollock at a registry office in London. Hugh had been divorced after his wife had an affair so the ceremony was very quiet with no family or friends attending. The couple led a quiet life in the early years of their marriage and were happy together.

In 1929 they moved to Old Thatch, a sixteenth-century thatched cottage with a lovely garden near the river in Buckinghamshire. Enid and her brothers had not been allowed to have pets when they were children so as an adult Enid gathered dogs, cats, tortoises, ducks, hens and many other pets around her. 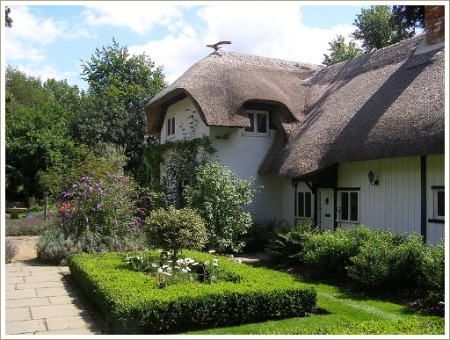 'Old Thatch' today. The garden is open to the public in summer.

It was around the time her daughters were born that Enid's writing gained a wider audience and her career began to take off. Unfortunately this meant she spent all of her time writing and had little time to spend with her daughters or her husband. During this period Hugh, as well as being busy with his own career, was also drinking heavily and suffering from depression.

In 1938, Enid and her family moved to a larger house in Beaconsfield which they called Green Hedges. By 1941, Hugh had become involved with another woman and Enid had met Kenneth Fraser Darrell Waters, a surgeon and the man who was to become her second husband.

Enid and Hugh were divorced in 1942 and on 20 October 1943, Enid and Kenneth were married at a registry office in London. Although Enid had promised Hugh could see his daughters after the divorce, she went back on her word and effectively prevented them from seeing one another. In fact, she seems to have constructed a new life for herself and to have behaved as if Hugh had never existed. She changed her daughters' surname to 'Darrell Waters' and pretended in public that Kenneth was their father. 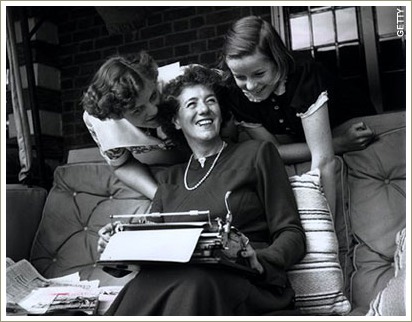 Enid Blyton with Gillian (left) and Imogen in the 1940s

By 1945 both Imogen and Gillian were at boarding school and Enid had begun some of the series that would make her famous - the Famous Five books, the St Clare's books and the Faraway Tree and Wishing Chair books.

There's no doubt that Enid Blyton was a prolific author. Altogether, she wrote around 700 books, as well as magazines, articles and poems for children aged from about two to fourteen.

She earned a fortune from her writing and in 1950 she set up her own limited company, Darrell Waters Ltd; to manage the financial side of things." 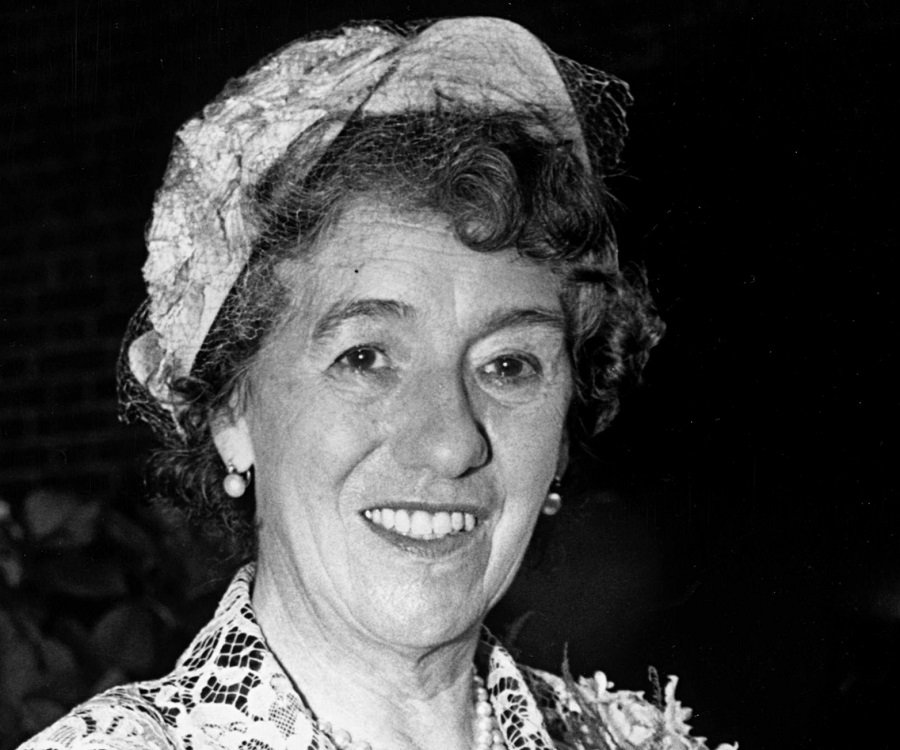 Enid Blyton's health began to deteriorate in the 1950s and by the early 1960s she was suffering from dementia. Her husband Kenneth died on 15 September 1967 and Enid declined physically and mentally over the next few months.

In 1968 she was living at Green Hedges and being cared for by her staff when she was admitted to a Hampstead nursing home. Three months later she died peacefully in her sleep on 28 November 1968. She was 71.

Enid was cremated at Golders Green in London and a memorial service was held for her at St James's Church, Piccadilly on 3 January 1969.


Acknowledgements (and for more information): 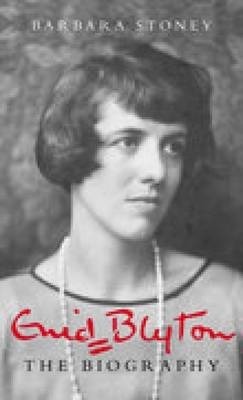 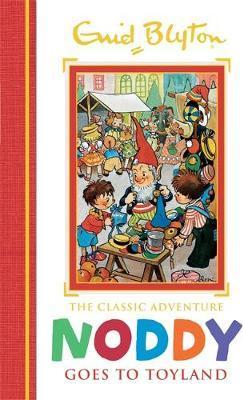 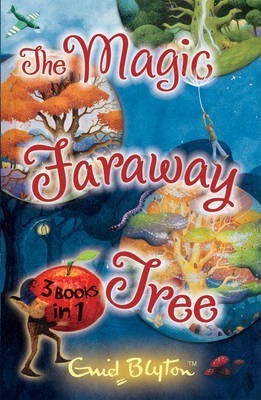 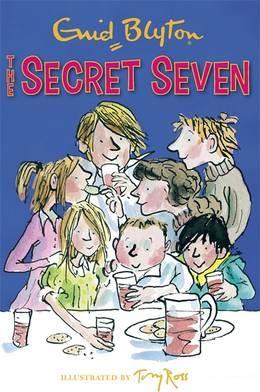 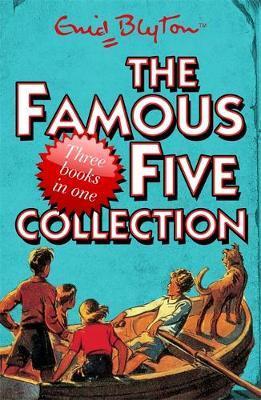 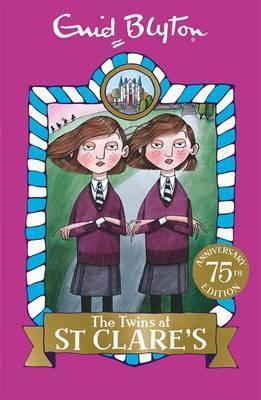 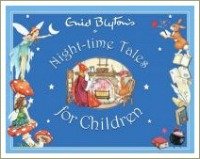 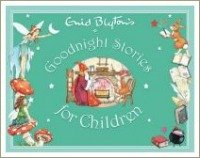 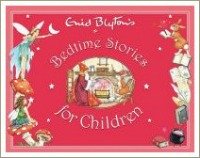