Rudyard Kipling was an English poet and writer of short stories and novels, many of them for children. The Just So stories are probably the most well-known examples.

Some of his poems are about the experiences of British soldiers in India, like Gunga Din and Mandalay which are probably the most famous examples of his work. His poem If- is also very famous. You can read it here. 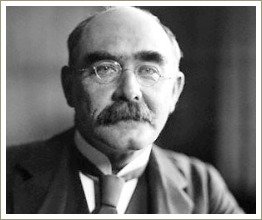 Rudyard Kipling poems and stories filled with fantastic language and imagery and are wonderful for reading aloud, even though they were written a long time ago and are probably not the first books that spring to mind when you're thinking of books to read to your children.

Rudyard Kipling's name was actually Joseph Rudyard Kipling was born in Bombay in India on 30 December 1865 to English parents, Alice and John Kipling. Like Rudyard himself, his father, John, was always known by his middle name, Lockwood.

The Kiplings had first met and courted at a place called Rudyard Lake which is in Rudyard in Staffordshire. They were so impressed by the beauty of the Rudyard Lake area that they chose the name for their first child.

The Kiplings moved to India soon after their marriage in 1865 and their son was born later that year.

The young Rudyard spent the first five years of his life in India and his childhood reflected the lifestyle which was common for English families living in India during the time known as The British Raj. This period of British rule in India lasted from 1858 until 1947 and the English who lived in India during those years led a comfortable life. They had Indian servants to do all the work for them and young Rudyard spent most of his time with his younger sister, Georgiana, and their Indian nanny.

In 1907, Kipling became the first English language writer to be awarded the Nobel Prize in Literature.

Rudyard Kipling died of a perforated duodenal ulcer on 18 January 1936 at the age of 70. His ashes are buried in Poets' Corner in Westminster Abbey in London. 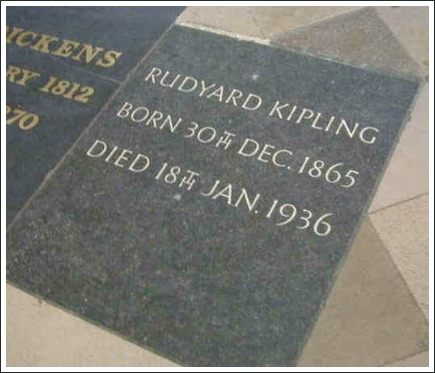 The fact that Kipling wrote many wonderful stories for children is often forgotten, which is a pity because they're fantastic for reading aloud.

Sharing these stories with kids is a wonderful way of enriching their vocabularies and stimulating their understanding of the way language works.

I'd suggest starting with these which are some of the best-known of Kipling's works: