The Deltora Quest series is a series of great fantasy books for kids written by Australian author Emily Rodda, with fantastic illustrations by Marc McBride. This brilliant series that held my boys enthralled for over a year and they still, as 18-year-olds, have very happy memories of reading them. 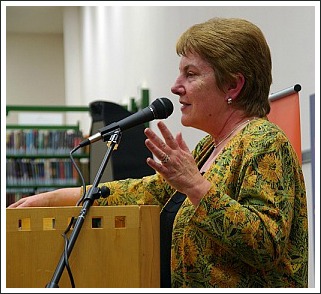 The Deltora Quest books are slightly more advanced than the Rowan of Rin books. My twin sons read them when they were 9 and I think they're probably most suited to 9-10 year olds. They're also great to read aloud to 7-8 year olds.

Both boys and girls love these books but they seem to appeal especially strongly to boys. The elements of fantasy, adventure and a quest combine to create this attraction, I think. It's certainly a combination that my sons always loved, and still do.

About the Deltora Quest Books

So what are the Deltora Quest books about?

The brief version is that the plot involves an evil Shadow Lord who plans to invade Deltora and enslave its people. All that stands against him is the magic Belt of Deltora with its seven stones of mysterious power.

When the stones are stolen and hidden throughout the kingdom, two companions, Lief and Barda, set out to find them and rid their land of evil. Lief and Barda are joined by Jasmine and together the three face many trials and challenges as the seek to recover the magical Belt of Deltora and defeat the allies of the evil Shadow Lord.

Here's Emily Rodda explaining a bit about how she came to write the Deltora Quest books:

"I was really excited when I thought of the idea of writing Deltora Quest. At first I wanted to write a serial-type quest, a story that would go over several books. The Rowan of Rin books, which have always done quite well and which I love writing, are complete, without a continuing storyline. I really wanted to write a classic quest in stages, culminating in a final book. I had the idea of a quest involving three heroes and had worked on the manuscript for quite a while before I took it to the publisher, Scholastic Australia. I wanted to see what they thought of it and it turned out that they thought it was a great idea."

There are three parts to the Deltora Quest series:

All the Deltora Quest books are available as audio books which are great for a variety of scenarios. They're especially good to listen to when you're traveling or if you have a child who struggles a bit with reading.