Roald Dahl was an English writer who's best known for the books, short stories and quirky rhymes he wrote for children.

When I tried to work out exactly why his writing is so different from most of the other stories and poems written for children, I realised that it came down to two main – and related - things –

In the book, Dahl tells how his mother, Sofie Dahl, would often tell the young Roald and his sisters traditional Norwegian myths and legends from her homeland as they were growing up.

The stories often involved trolls, those mythical beings from Norse mythology which were unfriendly and sometimes aggressive towards humans.

As he got older, Dahl was an avid reader, especially enjoying fantastic tales of heroism and triumph. He also liked ghost stories, especially a book called ‘Trolls’ by Jonas Lie.

This interest in antagonistic characters who are out to harm children obviously had an influence on Roald Dahl's writing: remember poor Matilda's awful parents? 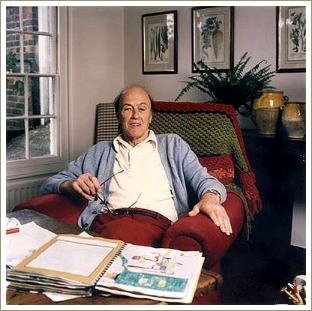 Dahl’s poetry is great fun to read aloud, especially to four and five-year-olds who are already familiar with the traditional nursery rhymes and stories.

Revolting Rhymes is a great book in which Dahl re-tells some of the most well-known nursery rhymes and fairy tales, replacing the traditional happily-ever-after conclusions with surprise endings.

They're hilarious - well worth getting hold of!