Robert Louis Stevenson was a Scottish writer, poet and traveller who lived from 1850 until 1894.

He wrote a great many essays, articles, short stories, novels and poems for adults but it’s his wonderful adventure stories and poems for children I want to focus on here. 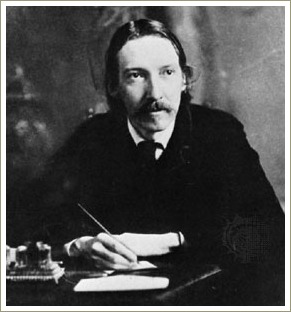 I believe that getting our kids interested in books and reading as early as possible is one of the most important things we can do for them.

I also think it’s really important to encourage kids to keep reading as they get older.

There are ages and stages at which it doesn't matter too much what children are reading as long as they are reading.

But it's good if, as your kids get older, from time to time you can gently steer them in the direction of some really good books.

They also help develop an understanding of the way language works and play an important role in teaching them about the world around them.

Robert Louis Stevenson wrote four books which I think should be shared with every child:

Robert Louis Stevenson was born in Edinburgh in Scotland in 1850 and died in Samoa in 1894 of a brain hemorrhage.

He travelled widely, wrote prolifically across a number of genres and loved life, with all its problems and disappointments, as well as its joys.

You can read more about his life in this biography of Robert Louis Stevenson.

Stevenson suffered from ill health all his life and came close to death a number of times. He was an intelligent and thoughtful man and his illness led him to think about life and it's purpose, more pehaps than most people do.

I really like some of the things he wrote so you'll find a collection of Robert Louis Stevenson's quotes here.