The Green Eggs And Ham Book

Dr Seuss's Green Eggs and Ham book was first published on 12 August 1960 as one of Dr Seuss’s Beginner Books [1]. 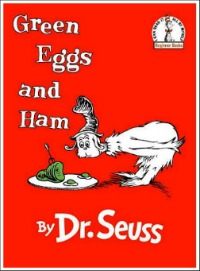 It was an instant hit with children and their parents, just like The Cat in The Hat had been when it came out in 1957.

The Cat in The Hat was written when Ted took up a bet that he would not be able to write a book using a vocabulary of only 225 words. As a private joke, Bennett Cerf later bet Ted fifty dollars that he couldn’t write a book using only fifty different words. The result was Green Eggs and Ham.

The book was first read aloud in April 1960 at a small dinner party held for a select group of Random House executives. According to Seuss’s biography, “the room erupted with huzzahs and demands that he read it again”.

Bennett Cerf made a ceremony of conceding that Ted had won the fifty-dollar bet but Ted always said that his friend never actually paid him the fifty dollars!

The fifty words used in Green Eggs and Ham are:

They’re some of the simplest words in the English language but this gorgeously-nonsensical story was not easy to write. Among Ted Geisel’s papers are worksheets which show just how gruelling the process really was. There are charts, lists and number counts which record the words he used most often: not (82 times) and I (81 times). All the words he used are single-syllable words except anywhere (8 times).

For the technically-minded, Green Eggs and Ham is written in iambic tetrameter. This is the name for the simple meter - or rhythm - Ted used when he was writing. An iamb is a unit of poetry consisting of two syllables. This unit is also called a foot. In iambic tetrameter each line has four (tetra) feet, or eight syllables in total.

If you read the following lines from Green Eggs and Ham aloud and listen as you read them, you’ll see that, in each foot or iamb or pair of syllables, one syllable is stressed (in bold) while the other is not: 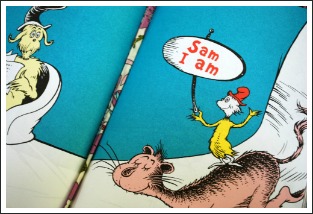 that, in this example, there are two pairs of lines. These pairs are called ‘couplets’ and the two lines that make up each couplet rhyme with each other.

Notice also how Ted uses ‘Sam-I-am’. This unusual arrangement of the words rhymes with ‘green-eggs-and-ham’ and uses the same metric emphasis.

Why Do We Love 'Green Eggs and Ham’?

Because the book has been so popular over so many years, many people have tried to explain why Green Eggs and Ham is so appealing. The funny rhymes, the silliness of the story and the illustrations are all part of it but are there other reasons behind the book’s appeal? 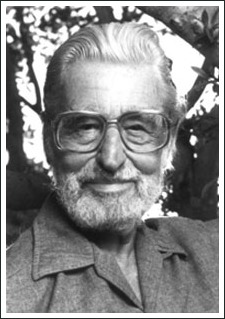 The animator Chuck Jones (who helped create Bugs Bunny) said that the unexpected is always the most interesting thing to human beings. He pointed out that in Green Eggs and Ham Ted took a common phrase – ham and eggs – reversed it and made the eggs green. Both the reversal and the idea of green eggs are unexpected and create an unusual phrase which commands the attention of the reader.

Ted’s use of Sam-I-am also grabs our attention because it’s unexpected. We expect to read I am Sam and are slightly puzzled when we read Sam-I-Am instead.

Another part of the appeal may have to do with the defiant tone of the story. Sam-I-Am drives his victim crazy, chasing him everywhere in an attempt to get him to eat something revolting, but is never reprimanded for it. Children love this kind of story because it allows them to fantasize about things they wouldn’t be able to do in real life.

They relish the idea of being able to behave in ways that are forbidden and ‘naughty’ with no adults around to stop them or to punish them. They identify with Sam and thrill to his terrible taunting and harassment, even though they wouldn’t really want to do what Sam does!

[1] As a result of The Cat in The Hat’s success, Ted Geisel, his wife Helen and Phyllis Cerf, the wife of Bennett Cerf (Ted’s publisher at Random House), had started a publishing company called Beginner Books. Ted wrote some of the books but the company also commissioned other authors to write books to Ted’s strict guidelines. By 1960, Beginner Books was part-owned by Random House, its books were a huge success and Ted and his wife were very wealthy. 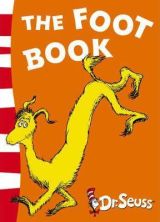 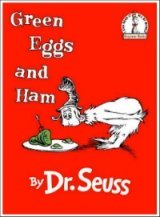 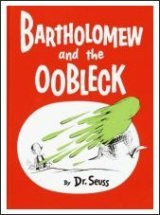