Tom Tom the Piper's Son is an English nursery rhyme which has been around since at least 1795.

Interestingly, the rhyme has nothing to do with live pigs, although modern illustrations usually show Tom with a live pig under his arm. 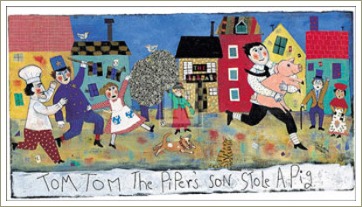 The pigs mentioned in the rhyme were actually a sweet pastry-type cake which were commonly sold by street vendors in the eighteenth century. They were made from some sort of dough and had currants for eyes.

Tom, Tom the Piper's Son, like most other nursery rhymes were passed down orally from parents to their children for many, many years before anyone thought to write them down.

Over the years, new variations appeared, making it hard to trace the original rhyme. That's why it's usually not possible to work out exactly how old nursery rhymes are, where they originated or the original wording that was used.

Sharing nursery songs and rhymes like Tom, Tom the Piper's Son with kids is actually more important than many people realise. Not only are they fun to sing, they also help stimulate the development of children's phonological awareness, a crucial pre-reading skill.

Tom Tom the piper's son,
Stole a pig and away he ran.
The pig was eat and Tom was beat,
And Tom went roaring down the street.

Another Version of Tom, Tom the Piper's Son

Tom, Tom the Piper's Son is often confused with another called Tom, The Piper's Son, the origins of which can be traced back to a 1698 comedy play called The Campaigners.

It's the rhyme sung by Pigling Bland in Beatrix Potter's story as he went off to market:

Tom with his pipe made such a noise,
That he pleased both the girls and boys,
And they all stopped to hear him play,
'Over the hills and far away'.

Tom with his pipe did play with such skill
That those who heard him could never keep still;
As soon as he played they began for to dance,
Even pigs on their hind legs would after him prance.

As Dolly was milking her cow one day,
Tom took his pipe and began for to play;
So Doll and the cow danced 'The Cheshire Round',
Till the pail was broken and the milk ran on the ground. 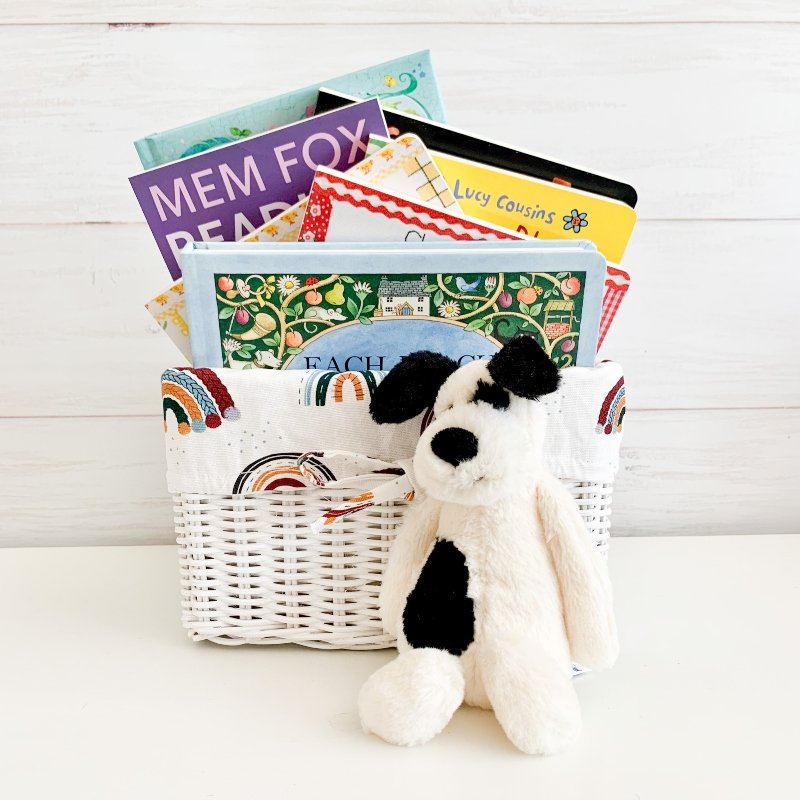