The Hunger Games books are a series of three books for young adults written by American author Suzanne Collins.

The first book in the series, The Hunger Games, was published in 2008 and was an instant success with teens. Two further books, Catching Fire and Mockingjay, were published in 2009 and 2010 and quickly climbed to the top of the lists of best-selling books in many countries. The books were subsequently made into movies. 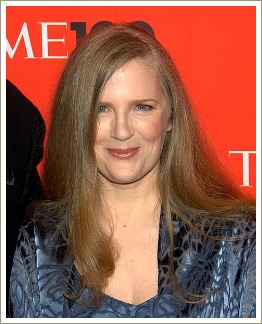 My daughter read The Hunger Games when she was thirteen (edit: back in 2011) and loved it so much that she immediately went on to read Catching Fire and Mockingjay.

She absolutely loved them, couldn't stop talking about them and kept on at me to read them so she could talk to me about them. She hassled my husband into reading the books on his Kindle and he enjoyed them too, saying he could definitely see why they appeal to teenagers so much. My daughter even encouraged both her grandmothers to read the books and they loved them!

The books involve plenty of violence, all of it teen-to-teen, although the action is not overtly gory. The fighting involves spears, rocks, arrows, knives and fire, as well as hand-to-hand combat and, for this reason, you may wish to think about the age at which you suggest The Hunger Games books to your young people. Both boys and girls enjoy them and they're suitable for those aged 12 years and up.

About The Hunger Games Books

The Hunger Games books are set in the future in a The Hunger Games in a dystopian, post-apocalyptic nation called Panem in North America.The capital city - called the Capitol - is rich and technologically advanced but the twelve districts which surround it are in varying states of poverty and people regularly die of starvation. As punishment for a past rebellion, one boy and one girl between the ages of 12 and 18 from each of the districts are selected by lottery to compete in an annual televised event called The Hunger Games. The participants are forced to fight to the death in a dangerous public arena with the winners and their home districts being rewarded with food, supplies and riches. The games exist to provide entertainment for the Capitol and to remind the districts of the Capitol's power.

The books follow the experiences of 16-year-old Katniss Everdeen and her male counterpart, Peeta Mellark, as they compete in the games, Katniss having volunteered to compete in place of her younger sister.

Katniss is a wonderfully strong and human character and one of the main strengths of The Hunger Games books. She's a compelling protagonist: smart, realistic, tough and human and her journey provides opportunities for reflection on ethical and moral questions regarding murder, poverty, class-ism, self-defense and sacrificing oneself for others.

The fight-to-the-death premise of the books is also compelling. The author has said that the original idea for The Hunger Games books sprang from a Greek myth and it's clear that she's also drawn inspiration from the gladiatoral games conducted by the Romans in ancient times. And, of course, it's hard not to see the story as a lethal version of the reality TV shows which are so prolific these days.

But a smart premise is nothing without strong writing and The Hunger Games books deliver here as well. The writing is clever and polished, the stories expertly paced and the romantic elements are deftly handled so that they add to - but take nothing away from - what are essentially dystopian adventure stories.

The Hunger Games books are a trilogy. Here are the three books in the order in which they should be read. Click on the links to learn more or to buy the books. 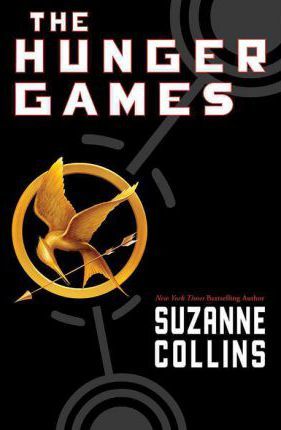 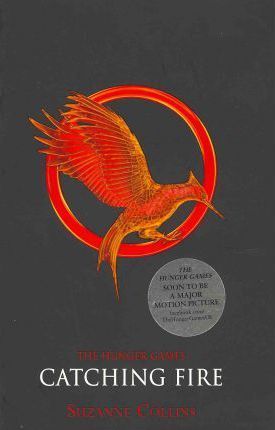 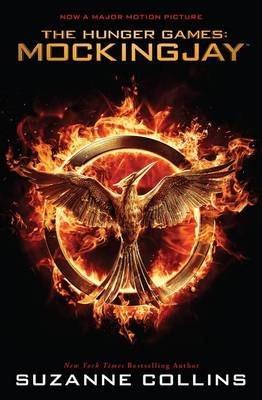 The films star Jennifer Lawrence as Katniss Everdeen and Liam Hemsworth as her love-interest, Gale Hawthorne. 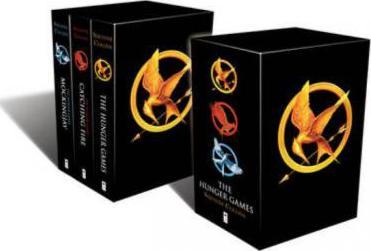