This page contains some examples of Ogden Nash poetry. These are nonsense poems and funny poems for children at their best!

Like all poets, Ogden Nash loved language in all its forms and delighted in inventing and deliberately mis-spelling words to create unexpected rhymes. 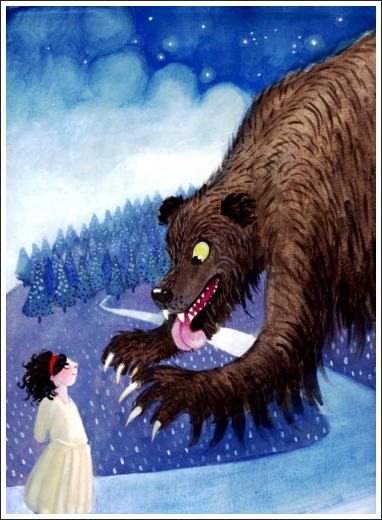 He wrote many, many short, funny poems for children but is probably best known for a slightly longer poem called The Adventures of Isabel, about a little girl who meets a big, scary bear.

Reading poems and rhymes like these ones with children is important because it gives them a feel for how language sounds and how it works. This is called phonological awareness and it's a good skill to encourage because it help with learning to read.

So here are my favourite poems by Ogden Nash, beginning with the one I first heard in Year 3 at school: The Adventures of Isabel. This is a great poem to share with children aged between about five and eight. Kids of this age usually love the ridiculousness of the rhymes and delight in the cool bravery of the little girl who is named for Nash's daughter, Isabel.

The Adventures Of Isabel

Isabel met an enormous bear,
Isabel, Isabel, didn't care;
The bear was hungry, the bear was ravenous,
The bear's big mouth was cruel and cavernous.
The bear said, 'Isabel, glad to meet you,
How do, Isabel, now I'll eat you!'

Isabel, Isabel, didn't worry.
Isabel didn't scream or scurry.
She washed her hands and she straightened her hair up,
Then Isabel quietly ate the bear up.

Once in a night as black as pitch,
Isabel met a wicked old witch.
The witch's face was cross and wrinkled,
The witch's gums with teeth were sprinkled.
'Ho, ho, Isabel!' the old witch crowed,
'I'll turn you into an ugly toad!'

Isabel, Isabel, didn't worry,
Isabel didn't scream or scurry,
She showed no rage and she showed no rancor,
But she turned the witch into milk and drank her.

Isabel met a hideous giant,
Isabel continued self reliant.
The giant was hairy, the giant was horrid,
He had one eye in the middle of his forehead.
'Good morning, Isabel,' the giant said,
I'll grind your bones to make my bread.

Isabel, Isabel, didn't worry,
Isabel didn't scream or scurry.
She nibbled the zwieback that she always fed off,
And when it was gone, she cut the giant's head off.

Isabel met a troublesome doctor,
He punched and he poked till he really shocked her.
The doctor's talk was of coughs and chills,
And the doctor's satchel bulged with pills.
The doctor said unto Isabel,
'Swallow this, it will make you well.'

Isabel, Isabel, didn't worry,
Isabel didn't scream or scurry.
She took those pills from the pill concocter,
And Isabel calmly cured the doctor.

Who wants my jellyfish?
I'm not sellyfish!

The turtle lives twixt plated decks
Which practically conceal its sex.
I think it clever of the turtle
In such a fix to be so fertile.

The ant has made himself illustrious
Through constant industry industrious.
So what?

Would you be calm and placid,
If you were full of formic acid?

The Lord in His wisdom made the fly,
And then forgot to tell us why.

The Camel has a single hump,
The dromedary two,
Or is it just the other way,
I'm never sure - are you?

I Think That I Shall Never See

I think that I shall never see
a billboard lovely as a tree.
Perhaps, unless the billboards fall,
I'll never see a tree at all. 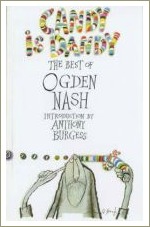 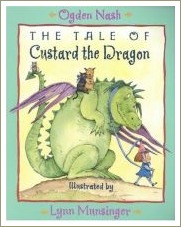