Matthew Reilly is an Australian author whose books are very popular with teen boys. He writes fast-paced books which can best be described as action-thrillers, with twisting plots and lots of intense action. His books may not be great literature but if they get - or keep - teen boys reading, they fulfill a need and may even provide a springboard for young men to start reading other kinds of books as well. 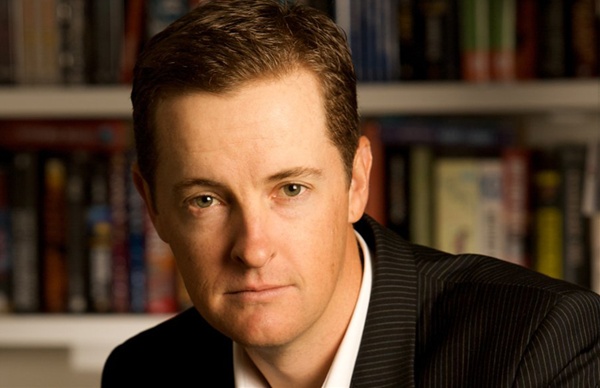 Best of all, Matthew Reilly's books make reading fun for teenaged boys and that's a really important thing. Once they find reading fun and want to read, they'll read more often which means they'll become better readers and that has implications for all areas of their life, starting with their school work.

As Maya Angelou famously said: “Any book that helps a child to form a habit of reading, to make reading one of his deep and continuing needs, is good for him.”

Matthew Reilly was born on 2 July 1974 in Sydney, Australia. He grew up in Willoughby in Sydney with his parents and older brother, Stephen, and went to a Catholic high school called St Aloysius College. He finished school in 1992 and from 1993 until 1997 studied law at the University of New South Wales where he was a contributor to the university journal Poetic Justice.

Matthew wrote his first book, Contest, when he was only 19 and submitted it to all the major Australian publishers. When the publishers rejected the novel, his then-girlfriend (later his wife) encouraged him to take out a bank loan and self-publish it.

He had 1000 copies printed and took them around to book shops in an effort to convince them to stock it. Cate Paterson, a commissioning editor from one of the major publishers picked up a copy of Contest in a book shop and ended up offering him a two-book deal.

Reilly wrote his second book, Ice Station, while he was still studying at university and it was quickly picked up by publishers in the US, UK and Germany.

Matthew Reilly was married to Natalie Freer from 2004 until her death from suicide in 2011.

Reilly is a huge movie fan and owns several movie prop reproductions. These include a life-size statue of Han Solo frozen in carbonite from one of the Star Wars movies and a DeLorean DMC-12 from Back to the Future. He now lives in Los Angeles.

The Jack West Jr series begins with Seven Ancient Wonders, whose plot centres on a magnificent golden capstone which 4500 years ago sat on top of the Great Pyramid of Giza. The stone was a source of immense power but it was divided into seven pieces, each of which was hidden within one of the seven greatest structures of the age. Now it's 2006 and terrorists, the most powerful nations on earth and one group led by the mysterious Captain Jack West Jr battle booby-trapped mines, crocodile-infested swamps and evil forces in the race to find the pieces.

The Shane Schofield series begins with Ice Station which is set at a remote US ice station in Antarctica. Scientists discover something unusual buried deep below the surface, inside a layer of 400-million-year-old ice. It's the discovery of a lifetime but it's a very valuable discovery and one men will kill for. Led by the enigmatic Lieutenant Shane Schofield, a crack team of US Marines is rushed to the ice station to secure this bizarre discovery for their nation. But other countries are determined to get there first.