You are here:  home / Rudyard Kipling /How the Whale Got His Throat

How The Whale Got His Throat

How the What Got His Throat is a short story for children written by English author Rudyard Kipling. 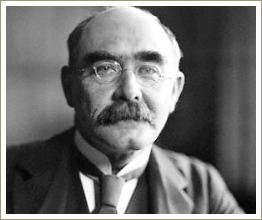 It began life as a story Kipling told to his daughter, Josephine, who died of pneumonia in 1899 at the age of six.

The story was first published in 1902 in a book called the Just So Stories which quickly became a children's classic. It's still in print today and is a brilliant book to read aloud to kids aged from about 4 to seven.

You can read it with slightly older kids too but you may find they think it's a bit babyish unless you explain beforehand a bit about who wrote the story, when and why.

There's a free copy of the story below.

How The Whale Got His Throat

In the sea, once upon a time, O my Best Beloved, there was a Whale, and he ate fishes. He ate the starfish and the garfish, and the crab and the dab, and the plaice and the dace, and the skate and his mate, and the mackereel and the pickereel, and the really truly twirly-whirly eel. All the fishes he could find in all the sea he ate with his mouth--so! Till at last there was only one small fish left in all the sea, and he was a small 'Stute Fish, and he swam a little behind the Whale's right ear, so as to be out of harm's way. Then the Whale stood up on his tail and said, 'I'm hungry.' And the small 'Stute Fish said in a small 'stute voice, 'Noble and generous Cetacean, have you ever tasted Man?'

'Then fetch me some,' said the Whale, and he made the sea froth up with his tail.

'One at a time is enough,' said the 'Stute Fish. 'If you swim to latitude Fifty North, longitude Forty West (that is magic), you will find, sitting on a raft, in the middle of the sea, with nothing on but a pair of blue canvas breeches, a pair of suspenders (you must not forget the suspenders, Best Beloved), and a jack-knife, one ship-wrecked Mariner, who, it is only fair to tell you, is a man of infinite-resource-and-sagacity.'

So the Whale swam and swam to latitude Fifty North, longitude Forty West, as fast as he could swim, and on a raft, in the middle of the sea, with nothing to wear except a pair of blue canvas breeches, a pair of suspenders (you must particularly remember the suspenders, Best Beloved), and a jack-knife, he found one single, solitary shipwrecked Mariner, trailing his toes in the water. (He had his mummy's leave to paddle, or else he would never have done it, because he was a man of infinite-resource-and-sagacity.)

Then the Whale opened his mouth back and back and back till it nearly touched his tail, and he swallowed the shipwrecked Mariner, and the raft he was sitting on, and his blue canvas breeches, and the suspenders (which you must not forget), and the jack-knife--He swallowed them all down into his warm, dark, inside cup-boards, and then he smacked his lips--so, and turned round three times on his tail. 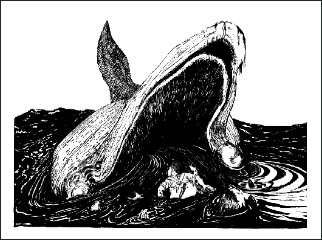 This is the picture of the Whale swallowing the Mariner with his infinite-resource-and-sagacity, and the raft and the jack-knife and his suspenders, which you must not forget. The buttony-things are the Mariner's suspenders, and you can see the knife close by them. He is sitting on the raft, but it has tilted up sideways, so you don't see much of it.

The whity thing by the Mariner's left hand is a piece of wood that he was trying to row the raft with when the Whale came along. The piece of wood is called the jaws-of-a-gaff. The Mariner left it outside when he went in. The Whale's name was Smiler, and the Mariner was called Mr. Henry Albert Bivvens, A.B. The little 'Stute Fish is hiding under the Whale's tummy, or else I would have drawn him. The reason that the sea looks so ooshy-skooshy is because the Whale is sucking it all into his mouth so as to suck in Mr. Henry Albert Bivvens and the raft and the jack-knife and the suspenders. You must never forget the suspenders.

So he said to the 'Stute Fish, 'This man is very nubbly, and besides he is making me hiccough. What shall I do?'

'Tell him to come out,' said the 'Stute Fish.

So the Whale called down his own throat to the shipwrecked Mariner, 'Come out and behave yourself. I've got the hiccoughs.'

'Nay, nay!' said the Mariner. 'Not so, but far otherwise. Take me to my natal-shore and the white-cliffs-of-Albion, and I'll think about it.' And he began to dance more than ever.

'You had better take him home,' said the 'Stute Fish to the Whale. 'I ought to have warned you that he is a man of infinite-resource-and-sagacity.'

So the Whale swam and swam and swam, with both flippers and his tail, as hard as he could for the hiccoughs; and at last he saw the Mariner's natal-shore and the white-cliffs-of-Albion, and he rushed half-way up the beach, and opened his mouth wide and wide and wide, and said, 'Change here for Winchester, Ashuelot, Nashua, Keene, and stations on the Fitchburg Road;' and just as he said 'Fitch' the Mariner walked out of his mouth. But while the Whale had been swimming, the Mariner, who was indeed a person of infinite-resource-and-sagacity, had taken his jack-knife and cut up the raft into a little square grating all running criss-cross, and he had tied it firm with his suspenders (now, you know why you were not to forget the suspenders!), and he dragged that grating good and tight into the Whale's throat, and there it stuck! Then he recited the following Sloka, which, as you have not heard it, I will now proceed to relate--

By means of a grating
I have stopped your ating.

For the Mariner he was also an Hi-ber-ni-an. And he stepped out on the shingle, and went home to his mother, who had given him leave to trail his toes in the water; and he married and lived happily ever afterward. So did the Whale. But from that day on, the grating in his throat, which he could neither cough up nor swallow down, prevented him eating anything except very, very small fish; and that is the reason why whales nowadays never eat men or boys or little girls.

The small 'Stute Fish went and hid himself in the mud under the Door-sills of the Equator. He was afraid that the Whale might be angry with him. 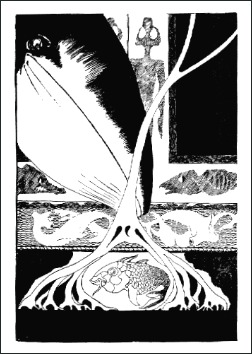 The beaky-fish are called beaked Dolphins, and the other fish with the queer heads are called Hammer-headed Sharks. The Whale never found the little 'Stute Fish till he got over his temper, and then they became good friends again.

The Sailor took the jack-knife home. He was wearing the blue canvas breeches when he walked out on the shingle. The suspenders were left behind, you see, to tie the grating with; and that is the end of that tale.

When the cabin port-holes are dark and green
Because of the seas outside;
When the ship goes wop (with a wiggle between)
And the steward falls into the soup-tureen,
And the trunks begin to slide;
When Nursey lies on the floor in a heap,
And Mummy tells you to let her sleep,
And you aren't waked or washed or dressed,
Why, then you will know (if you haven't guessed)
You're 'Fifty North and Forty West!' 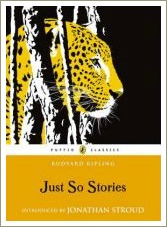