You are here:  home / children's authors a - z / Horatio Alger

They were very hugely popular in America during the 1870s and 1880s and many successful Americans have written about the impact the books had on them as young people. 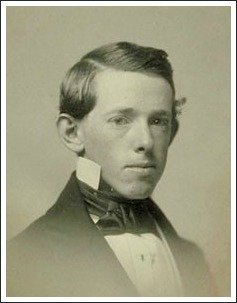 The books are, of course, written in a very old-fashioned style but, if you can get past this, they're interesting and even quite exciting to read. I read them on my Kindle as an adult after coming across them by chance and really enjoyed them.

Try reading them aloud to kids aged from about 7 up until 10 or 11 or suggest them to older kids to read on their own.

Since they're out of copyright, you can download them for free if you have an Amazon Kindle. Alternatively, the whole collection is available very cheaply from the Book Depository.

About the Horatio Alger Stories

The Horatio Alger stories all follow a similar story line. In a nutshell, each story is a rags to riches tale about an impoverished boy aged between 12 and 17 who rises from a humble background to a comfortable life through hard work, determination, courage, and honesty.

The heroes of the books have to overcome many set-backs and bad treatment by a series of adults but they maintain a cheerful, positive attitude and succeed in the end, despite the odds being stacked against them.

The books have been criticised because the success of their young heroes often depends not just on their hard work but also on a lucky meeting with a rich man who takes the boy under his wing. For example, sometimes the boy finds and returns a large sum of money that was lost or rescues someone from danger which brings the boy to the attention of some wealthy man or woman.

This is true but I don't think it makes the books - or their message - any less valid or interesting. After all, many people are placed in similar situations but either choose not to act or act in their own interests. Horatio Alger's heroes act selflessly and with honesty and courage, which is how they end up becoming successful.

Horatio Alger, Jr. was born on 13 January 1832 in Massachusetts. His father was a Unitarian minister and had decided his son should follow in his footsteps but the young Horatio started writing at Harvard and went on to become a journalist and writer.

In 1866 Alger went to live in New York City and became interested in the welfare of the thousands of vagrant children who flooded New York City following the Civil War. In 1868 his book Ragged Dick was published.

Ragged Dick is the first Horatio Alger story I read and it pretty much sets the tone for the other stories. It tells of a poor bootblack's rise to middle-class respectability and was a huge success.

By the time Alger died on 18 July 1899, he had published around a hundred stories. Although the stories lost popularity as the world changed, the spirit of the stories lives on in the Horatio Alger Association of Distinguished Americans.

Since 1947 the Association has bestowed an annual award on "outstanding individuals in our society who have succeeded in the face of adversity" and scholarships "to encourage young people to pursue their dreams with determination and perseverance".