You are here:  home / reading to older children / the Green Knowe books

The Green Knowe books are a wonderful series of six books for children written by English author Lucy M Boston. 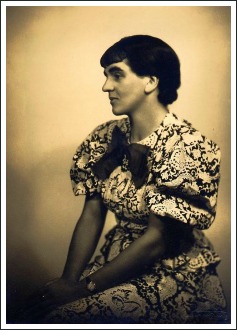 The books were published between 1954 and 1976 and were illustrated by Lucy's son, Peter Boston.

Although they were written a fairly long time ago now, the Green Knowe books are really quite magical.  I read them to my children and have just re-read them and found them just as magical and exciting as they were when I was a child.

I suggest reading them aloud to kids aged between about 8 and 10. Reading aloud to older kids still has huge benefits and these books are perfect ones to try. They don't have to be read in order but I'd suggest starting with the first book, The Children  of Green Knowe.

About the Green Knowe Books

The Green Knowe in the books is actually an old house which was inspired by Lucy M Boston's home at the time, a house called 'The Manor' in Hemingford Grey in Cambridgeshire.

In the books, the author imagines the children who might have lived in the house at different periods in history.

Like the fictional Green Knowe, The Manor was built in the 1130s and is one of the oldest continuously inhabited houses in Britain. There have been many changes and additions over the years but most of the original house remains as it was when it was first built.

The link between several of the stories is a boy called Toseland (Tolly for short) and his great-grandmother Mrs Oldknow. Green Knowe is inhabited by the spirits of children who lived there in ages past and, as  Mrs Oldknow tells their stories to Tolly, Tolly begins to encounter the children in the house and garden and becomes friends with them. 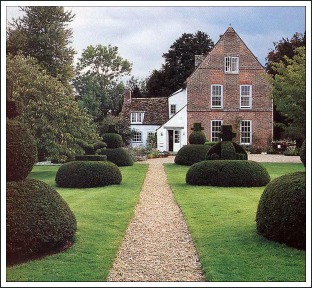 The Green Knowe books are fantasy mixed with a bit of adventure and just enough historical detail to make them interesting for children. The house is a very real character in the stories, to the extent that it feels almost like it lives and breathes.

Also interesting is the strong subtext linking the books which has to do with the house, Green Knowe, as a strong, protective force. The solid old house, parts of which date back to the middle ages, often feels like a sanctuary of peace and stability in a world of change for the children in the stories.

The books were out of print for a long time but are now available from the Book Depository. They're also available in audio versions and are wonderful to listen to on an ipod or on a CD in the car.

The books do not have to be read in order but I suggest starting with The Children of Green Knowe.

The Children of Green Knowe (1954)
Tolly is nine and is spending the holidays with his great-grandmother at Green Knowe because his parents have moved to Burma. The house, which has been continually inhabited by Tolly's ancestors, is cut off from the surrounding area by floodwaters so his great-grandmother tells him stories about the rich history of his family to pass the time. As the stories unfold, Tolly starts to encounter the spirits of three of his forebears—Toby, Alexander and Linnet—who lived in the reign of Charles II.  The children are very real to Tolly and to his grandmother who isn't the slightest bit surprised when Tolly tells her that he has seen them.

The Chimneys of Green Knowe (1958)
Tolly returns to Green Knowe for the Easter holidays and, as she mends a patchwork quilt, his great-grandmother continues telling him  stories. This time she tells him the story of Susan Oldknow who was blind and lived at Green Knowe during the English Regency. Susan's father, a ship's Captain, rescued a young black boy called Jacob from slavery in the West Indies and brought him back to be a companion for Susan. Tolly encounters the spirits of Susan and Jacob as the story of Susan and her family and the great fire and missing jewels unfolds.

This is my favourite Green Knowe book!

The River at Green Knowe (1959)
Tolly and his great-grandmother don't appear in this book. This story is about a summer when the house is rented by two old ladies, an archaeologist called Doctor Biggin and her friend, Miss Bun. Doctor Biggin invites her niece Ida and two refugee children, Oskar and Ping, to stay with her at Green Knowe and the children spend their time exploring the river and canals around Green Knowe by canoe. There's a more fantasy-like feel to this book and a strong feeling that the homeless children are being protected and healed by the house and its enchantments.

A Stranger at Green Knowe (1961)
In this book, Ping returns to Green Knowe to stay with Mrs Oldknow, having visited the zoo in London and been fascinated by a gorilla called Hanno. Hanno later escapes from the zoo and makes his way to Green Knowe where Ping befriends him. The first part of this book details Hanno's life in Africa and the trauma and cruelty of his capture. This makes it a slightly unusual book but it's well-written and the story is fascinating. I guess all the Green Knowe books could be classified as fantasy however this one is probably the most fantasy-like of all of them. It's quite different from the other books and, to be honest, it's probably my least favourite of all of them. I did enjoy it, though, and think it's worth reading.

An Enemy at Green Knowe (1964)
Tolly and Ping are staying at Green Knowe and Mrs Oldknow tells them the story of Doctor Vogel, a tutor and necromancer (someone who communicates with the dead) who died at Green Knowe centuries before. The next day, Professor Melanie D Powers appears, hunting for Doctor Vogel's papers however it soon becomes clear that she has evil intentions. This story is far darker than the previous books. It deals with good versus evil and can be scary and even a bit gruesome at times. The story is full of twists and turns, with the excitement lasting just long enough to tantalize the reader. A really fantastic book.

The Stones of Green Knowe (1976)
This book tells the story of Roger d'Aulneaux, the son of the original Norman settler who built Green Knowe. We learn about how the house came to be built, which I really loved. I found it rounded out the series nicely. Roger finds two over-grown thrones carved from stone and discovers that they have magical qualities which allow anyone who sits in them to travels through time. This final story in the Green Knowe series connects the children from all the books through Roger and Tolly as they visit the house and its inhabitants at various periods in history. The book touches on the issues of urban development, pollution and the environment which is unusual for the 1970s. A fascinating book and a fitting finish to the series.