Author Of The CHERUB Series

Robert Muchamore is the English author of a fantastic series of books for kids and young teens called the CHERUB series.

My twin sons absolutely loved these books. The boys are twenty now but they were 13 and 14 when they read the books and they devoured them, finishing one and picking up the next one is the series immediately afterwards. 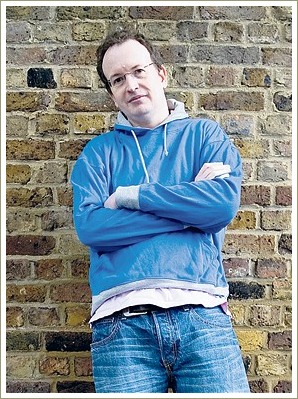 Robert was born on 26 December 1972 in Tufnell Park, North London. He has two older sisters called Diane and Jenny and an older brother, Del.

Robert didn't particularly like school and says he wasn't a great student. He did, however, like reading but found it hard to find anything to read when he was around the age of thirteen because he'd grown out of kids' books but found adult books boring.

When he was 14, Robert thought he'd like to be either an architect, a photographer or a writer but decided against architecture when he discovered it would take seven years of study and training.

At 16 he got his first Saturday job in a camera shop. As a result he decided against a career as a photographer and decided he'd like to be a writer.

After trying his hand at writing for three months, Robert realised he might not have what it takes to be a writer.

He left school in 1995 and got a job as an office junior with a firm of private investigators.


In 1999 Robert took two months off to visit his sister who was living in Australia. When he got there, he found his twelve-year-old nephew "moaning that he couldn't find any interesting stuff to read."

So Robert started wondering if there was a gap in the market for a children's book that his nephew might like and in 2001 he began writing the book that would eventually became the first CHERUB book,

The book was taken up by the second agent Robert approached and, after several rejections, was bought in March 2003 by Hodder Children's Books.

The CHERUB books are about a boy named James Adams who is a member of CHERUB, a top-secret branch of the British Secret Service.

CHERUB recruits orphaned children from the age of ten and trains them to become intelligence officers. The 100 day training course prepares them for the dangers they may encounter during missions. Once qualified, they are used to investigate targets such as drug smugglers, international terrorists and gang leaders.

The CHERUB agents' secret weapon is their youth. Because they're so young, the criminals they're sent to spy on never suspect them of being anything but innocent kids. They are therefore very valuable agents until they retire at the age of 17.

The appeal of the CHERUB books is that they're fast-paced and full of action. The books appeal to both girls and boys but they seem t appeal especially to boys aged between 11 and 14.